But, did a little bit with sprites tonight… Just one actually, but kept editing it trying different characters.  Any characters I keep will obviously get more work done.. 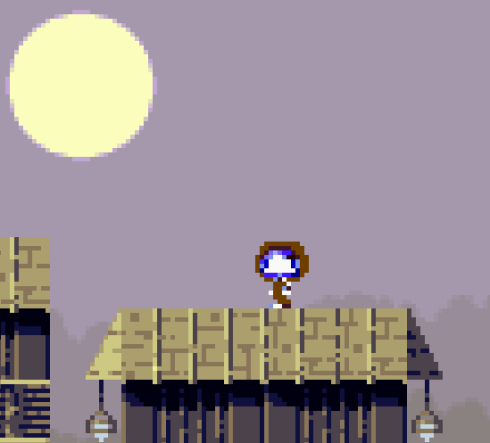 And attempted to make an original song, but didn’t get very far…

END_OF_DOCUMENT_TOKEN_TO_BE_REPLACED

Wednesday: Beat CS+ on Hard Mode!  And did a little mapping…

Thursday: Continued mapping an old map, and also did some misc images! 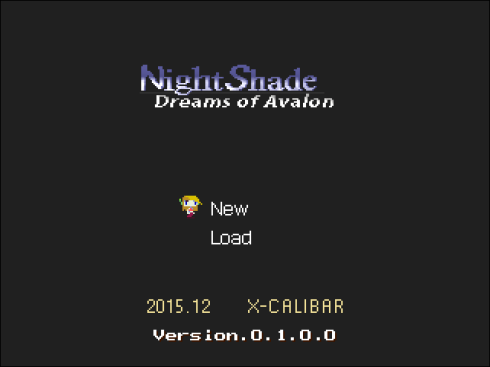 Friday: Realized I forgot how to do ART.  Edited a few existing pictures to try to remember basics…

Here’s a basic prototype for one of the character’s look:

It will be some time before she wakes up…

Here’s what I did yesterday. Listening to this: https://www.youtube.com/watch?v=KoBRtucU0As

A rundown of ideas and the current state

Wanted to jot this down while I was thinking of it.

First off, Cloud Story.  I was never satisfied with my interpetation of the events of the war 10 years before Cave Story.  I wanted to make something canon, which I never could have the right to do.  I’m not Pixel!  But, today I had an idea.

Instead of going through the events of 10 years ago as a matter of fact game.  How about I tell a story?  Something like…

“…Once upon a time, the most beautiful Mimiga of…” “Stop!”

“Oh little one… you know all my stories… ”  “There must be something!”

“It was on a dark and stormy night… ”

And so Zett describes to Chie *his* story, of how he escaped from certain death from the robot invasion… when he encountered two mighty heroes…  Strange robots that were different from the rest.  A boy and a girl…

It was not too long after telling that tale, the events of Cave Story happened.  And the “stories” old Zett told, suddenly became very real in her eyes.  There really was a red demon.  There really were robots that fought to save them.

And so Chie’s thirst for stories… and history grew as she herself did.

Thus Cloud Story begins.  Chie has grown up, and she wants to know the truth.  She wants to record the history of her people.  Of Zett’s stories.  Of who saved them, and what happened before she was born.  Too many people were ignorant of the past, and they paid the price…  But most of all she just has that youthful thirst for knowledge.

And so, in order to piece together the events of the War, and the stories of those who fought.  She would venture out looking for the few people who still remember.  Who can fill in the blanks.  And maybe see these places for herself.

(And so Chie ventures across the island meeting old faces, and some new ones; getting into some trouble, and making new friends… and eventually maybe even one day she’ll find the heroes once more… and hear their true story.)

Something along those lines crossed my mind today, as being a better alternative, than a de facto linear prequel of Cave Story… Probably.  At the very least, it seems like it would make for a more complete, fun tale for all characters involved.

Progress on the mod?  Well Cloud Story has been halted for ages, but it wouldn’t be too much to create a barebones demo.  It might not be a bad idea to get help on the mod after that, for it to survive…
On Nightshade Project…  Things are going horribly slow!  Well, I’ve been occupied by class, but for the most part it’s constantly being set aside for other things[1][2][3].

The last thing I was doing with it was… still figuring out the story.  It’s evolved over time, from one entire story and characters to another.  And currently I’m trying to tie everything together into a timeline of events over character lifetimes.

But, currently there are two major story branches.
There’s the Hunter Arc, and the Nightshade Arc.  And I’m struggling to put it all together.  To tell it in the right order as well…

I can really respect writers who can just crank out page after page of a story, making everything work together on the fly.  I wish I knew their secret… :]

Also, I’ve been intending to use the new GeoBox engine for this project, but if I can’t even settle on exactly what I want to tell; I can’t really plow ahead.

Forgive me, all those who for some reason still end up here looking for progress /o\

([1]The internet is the most amazing thing, but also the greatest unlimited source of distractions that could exist for me!)
([2]Can’t blame others though, it’s my lack of discipline that keeps me from finishing what I start.  But, how do you rewire someone’s brain?  That’s why I need someone to guide/support/force me lol…)
([3]Letting lack of experience act as a roadblock, instead of practicing to overcome my limitations and educate myself.)

As everyone, except perhaps myself, has become aware, Cloud Story has been frozen indefinitely.  Still not cancelled though.  Instead I’ve been busy taking classes, and dabbling on my alternate Cave Story project, codenamed, NightShade.

With Cloud Story, I was always limited to “what would Pixel do…?”  Which is why, NightShade has offered me the creative freedom to create my own universe.  That said, it still suffers from the same scatterbrain developer, “ME”, so progress has been slow; and often halted while I worked on classwork, or played one of the 700+ games sitting on my PC atm.

On that note, I’ve put up an assembla SVN project to manage the chaos, and to try transparent, ordered development.  I’ve thought about asking some people to join this team of one, though probably after I have significant progress towards the demo.  That would help any contributors have an idea of what direction to work towards, and/or to focus on fixes and enhancements.

Oh.  Also, for any Hammerwatch players out there, I’ve been doing a little map making, further spreading out my time… (ala. the image.)

But, don’t worry!  No more projects than these!